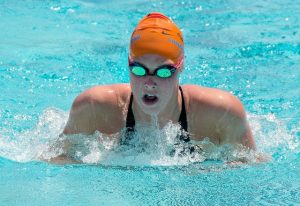 In September of this year Diana Nyad swam unassisted from Cuba to Florida and achieved a feat unmatched by anyone else.  Not only did she achieve a record swim – she accomplished this at the age of 64.  And this was her 5th try.

Admittedly, she said that there were many conditions that were in her favor.  Most of all it was her persistence, her belief system, the support and encouragement of her team and favorable conditions that led to her ultimate success.  In an interview she said that it was all about endurance.  She said, “Endurance grows…perspective grow as you age.”

While I wasn’t swimming the channel or running the Boston Marathon, I learned the lesson of persistence while pursuing my Ph.D. which took six years during which time I was working full time, raising a family and dealing with life’s problems and challenges.  I learned that the P in Ph.D. was for persistence.

Survivors tell stories of how they were able to save their own lives.  Most will relay how resourceful they were with the surroundings they had and then will describe the mental picture they had of being freed from their circumstance.  They also recall how images of their loved one’s or imaging words of encouragement from them motivated them to keep trying.

When you own or operate a small business, endurance and persistence are the key essentials to longevity.  I firmly believe that if you are in the right marketplace with your offerings, persistence and determination play major roles in helping you focus in the marketplace, identify your value to your customers and overcome obstacles that impede your success.

So many people give up before they finish the race.  First you have to show up, and then you have to endure until the end to win the prize.  There really isn’t a short cut and so much of endurance has to do with mental toughness. Here are 8 tips for endurance and persistence:

With great sacrifice comes great reward.  Learn how to persist and endure.  This is a quality that will separate you from the majority of people.

How has your ability to persist and endure paid off in your personal life or your business?